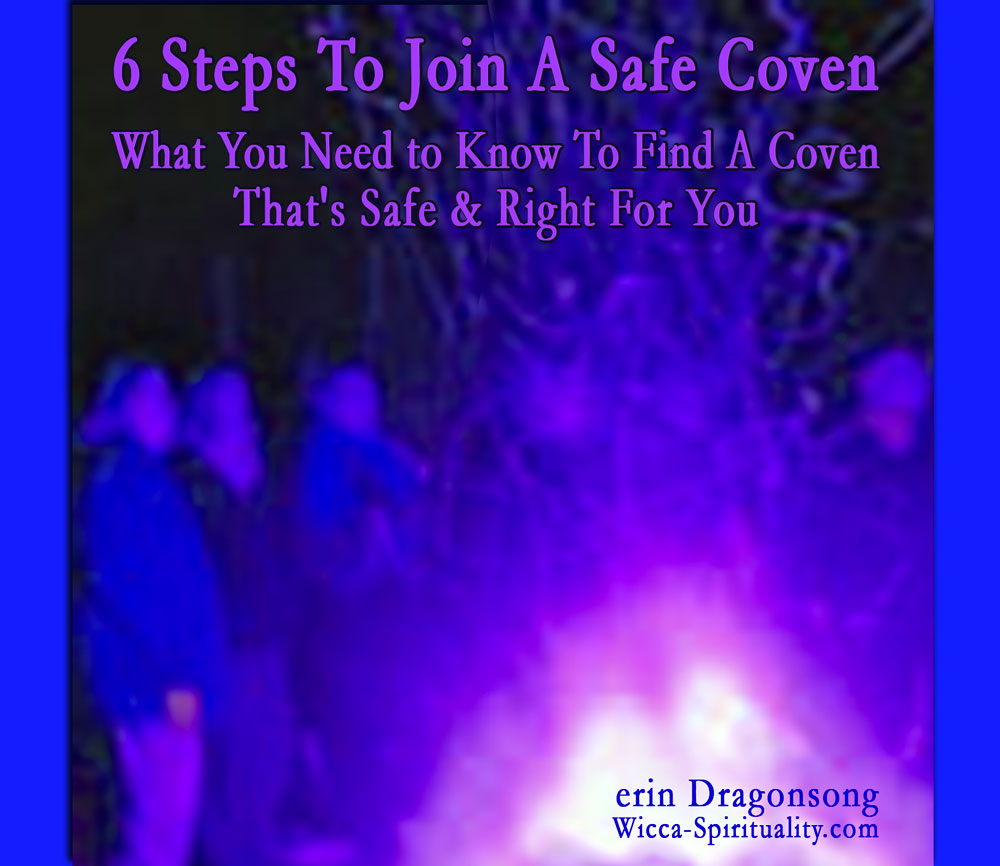 What to look for in mentors, teachers, & covens
Why it's so essential to go carefully
And more!

Especially when a witch is just beginning her journey in Wicca, she may wonder whether she's missing out on something . . . Should she practice solitary? Should she join a group? Just what do those mysterious others do?

Do Real Witches Practice Alone Or In Groups?

Either. Often both. Witches are not great believers in black-and-white divisions. So there's a lot of fluidity in how Wiccans practice. There are three basic forms for the practice of Wicca: Coven, Circle, and solitary Wicca practice. Much is made in the media — and Christianity — of Wiccan Covens. In contrast, few Witches make any fuss about it. There are as many ways to practice Wicca as there are Witches. Some people practice with others. These groups can be "closed" or "open." And some people practice on their own.

What Are They Anyway?

Generally, Covens are Wiccan ritual groups where the membership is fixed. Only those initiated into the group can attend the rituals, and attendance may be mandatory. Each member generally practices on their own as well, coming together to celebrate the Moon and High Holy Days, as well as occasions like blessings and purifications. Wiccans who work in such groups are likely to be very committed to the practice. They may have been formally trained and formally initiated into something like British Traditional Wicca. Such groups are likely to be hierarchical, with degrees of initiation, High Priestesses and High Priests leading the group. In most, new members may join from time to time. This usually involves some kind of initiation, particularly since those who pass on a "tradition" of Wicca tend to work in these closed groups. Those who place a high value on following a tradition often highly value initiations. There can be rules about how many people can be in one group. Traditionally the number is set at 13, or sometimes 9. While not all groups insist on specific numbers, a small group is desirable.

The power of practicing with others this way is the level of intimacy and trust built between the Witches over time. This requires consistency, getting to know the people and how they work. It also requires a small membership. Too many people makes a group cumbersome, and sub-groups tend to form — which inhibits the communal energy. Provided there is a foundation of respect for all, such a spiritual community can be advantageous for those who go deeply into the soul. Closed groups create a safe environment for authentic self-expression. As the members open their souls in ritual together, a deep intimacy forms and bonds the group. And the most important benefit: with experience together, a group can learn to achieve greater results and deeper connection with the Divine. It’s always true that it’s easier to raise power and to connect spiritually within groups, and that’s as true in Wicca as any other religion.

There are risks in having a closed group, though. One is becoming dogmatic. Everyone reinforces the accepted beliefs and set patterns. Lacking fresh views — or disdaining them — religious "ruts" can develop. Another hazard is that they seem to set the stage for ego battles and personality cults. This is the downfall of the hierarchical system of the old Wicca. As people jostle for status and power, the group can become an arena for self-aggrandisement. (Which, by the way, is the opposite of spirituality.)

A Circle is a (fairly) open gathering of Witches. It differs from a Coven in that the membership is more fluid, and the level of commitment and attendance required of each Witch is generally less. This is not a strict definition. A Circle in the broadest sense is simply a gathering of people in order to practice Wiccan ritual. But with the development women's spirituality and the new Wicca , there came a different kind of ritual group. One for people who want to circle with others, but don't like the rigidity or style of Wicca practiced in Covens. There is no set term for such groups. But they often refer to themselves as Circles, because that's what they gather to do.

Why Circles Instead Of Covens?

Some Circles are very loose, meeting only occasionally. Other Circles meet regularly, with different people in attendance each time. This kind of flexibility is important, especially to women with family and other intensive commitments. And for many of these Witches, inclusivity is a vital part of Wicca. For them, the exclusivity, hierarchy, and elitism of traditional Covens is more than distasteful. It's a violation of the philosophy of Wicca. These groups are generally accepting of a wide range of personal beliefs and practices. Within one group, you can have some people who consider it a Coven, others who think of it as a Moon group or Circle, others who don't really have a name for it but value the community of spiritual practice. Some may call themselves Witches, some Wiccans, and some Goddess-worshippers. And no one minds how the others choose to think about it. But they will have a certain common set of beliefs, which they can celebrate together.

How Open Is Open?

There may still be some limits on how and when new members can join. Each Circle will have its own level of comfort with openness. There may be certain times or ways new members are welcomed in, or they may have a completely open-door policy. Whatever works for the individuals in the group. These Circles are less likely to emphasise formal initiations, and may welcome new members with little if any ceremony.

Benefits Of An Open Circle

One benefit is a constant influx of fresh ideas and enthusiasm. There's always a new group ready to take on organizing the next ritual. And questioning the established patterns keeps Wicca alive and grounded in reality. Another benefit is that inclusivity is healing to the individual soul, and the soul of the Earth. Inclusivity is a practice of compassion, and a recognition that there really is no separation between us.

Limitations Of An Open Circle

When membership is very fluid, it is — at best — difficult to develop the sense of trust and community that enables deep spiritual work to take place. And the group energy has to shift and reweave itself every time the membership changes. This can create a sense of "not going anywhere," as the group energy never gets a chance to gel, and evolve. Without some form of initiation into the group, this problem is intensified. A very informal initiation can make a big difference. For instance, offering a group blessing of the new Witch to welcome her, and her blessing of the established members. This goes a long way to maintaining group cohesion and a smooth transition. This article continues in Solitary Wicca.

How To Be A Wiccan

Return from Being A Witch