What Are the Major Wiccan Holidays, Rituals, & Sabbats?

Wiccan holidays are based on the major solar and lunar events on the Wiccan Wheel of the Year. Wiccan rituals for the Sabbats, for instance, celebrate the Sun's influence on the Earth — that is, the seasonal growing cycle. Wiccan Esbats honour the phases of the Moon, particularly the Full Moon. Most of the Wiccan holidays are similar to celebrations in other religions. For instance, Yule and Christmas correspond so closely, they are almost interchangeable. There's a simple reason for this. Paganism predates these religions, and influenced their development. 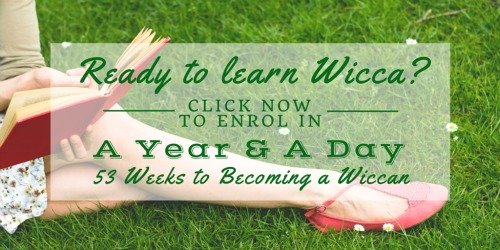 Wiccan Wheel of the Year

Wiccan Rituals on the Sabbats

On all of these occasions it is customary for a Wiccan to do rituals. (And there are other reasons for Wiccan rituals too, such as blessings, healing, initiation, and life passages.) It doesn't really matter whether you celebrate a Sabbat on your own or with others, in a quiet gathering or a full-drama ritual. What matters is that you . . .
Witch Tip While I do give some ideas to build a Sabbat ritual on, I don't usually give Ritual Plans here. There are enough sources that do that, I think... plus I believe that your original ritual will be more potent and satisfying than a paint-by-numbers type. So read the information, and let it inspire you! Your soul knows what it wants to do.

A Note On Dates

The Wiccan day is considered to start at sundown on the previous day. In other words, Beltane is celebrated on May 1st. For Witches, that day starts on the evening of April 30... May Eve. However, in common practice Witches often go by the Julian calendar for the sake of convenience, and celebrate on May 1st. Each Circle, or each Witch, will have their own method.

The Wiccan Wheel of the Year, given above, represents the most common dates that Witches celebrate the Sabbats. It doesn't mean that these are the historical dates. Using a Julian-based calendar gives us dates that don't align with the Lunar as well as Solar phases. For example, it seems that Samhain was celebrated at the full (or perhaps the dark) moon nearest November 1 (or the 11th or 12th moon) It's also possible that historically the Pagan rituals would have followed an agricultural calendar more than a Solar one. For instance, Midsummer might have been celebrated near the beginning of August rather than at Summer Solstice. I haven't found definitive answers to these issues. Nonetheless, what you are likely concerned with is when Wiccan Sabbats are celebrated today. For that, the Wiccan Wheel of the Year chart above will tell you.

Next Article on Wicca Information

4 Things You Need To Know When Shopping For Wiccan Gifts

The Benefits of Creating Mandalas