The Earth Element! The living ground beneath your feet! The carpet of grasses, and wildflowers’ sweet scent, clover and meadows. Healing herbs and nourishing plants. The fecund, overflowing gardens and orchards and the rich, embryonic potential of compost. The mud squishing between your toes on a hot summer day. Trails through the grasses; the slender path through mysterious forests. Moss-covered boulders, dripping with dew. Mushroom caps peaking up among the green. 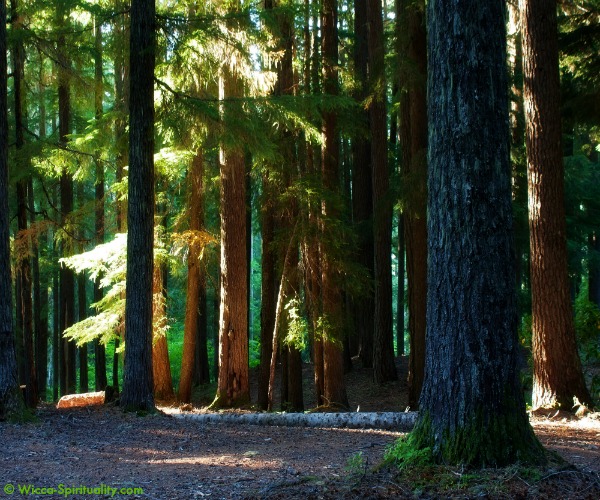 Giant guardian trees, standing peaceful and indomitable in woods and forests — Cathedrals of the Goddess. The sacred stag, strong and proud, bearing the Sun between his antlers. The bones of the mountains rising out of the land. Stone cliffs and boulders tossed and rolled and dropped by glaciers. Cool, dark, welcoming caves — wombs of transformation. Rock and gem and metal — containers of aspects of Earth Energy. The rocky shoreline, kissed eternally by the sea. The rich soils, the dune-swept sands, the ancient coal beds and oil fields of Earth gone back to Earth. Rich valleys; lush jungles; windswept hilltops; endless plains. Living glaciers, icefields, and permafrost tundra. The sparkling, magical snow-covered landscapes. Our bodies and our bones. 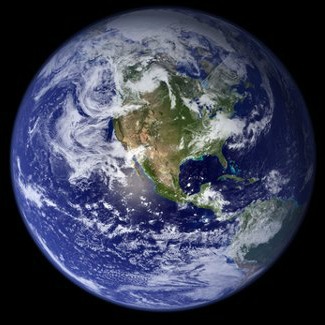 The peerless blue-green and white jewel
twirling and speeding through infinite space,
holding us close to Her
in the tender embrace of Her love
— the arms of gravity.


The Mother of All; making each creature the sibling of all others. The vibrational frequency of Love itself — caring, nurturing, selfless, supportive, all-embracing; helping us to grow to maturity; fierce and protective as needed; remorseless in bringing all to release.
In this season, when even Water becomes Earth-like — solid, hard, strong, still, and cold — we meet the Element of Earth.

Winter is the season of the Earth Element, and it's associated with the Direction of North.1
1   If you live in the Southern Hemisphere, of course, you may choose to see Winter, and the Earth Element, as dwelling in the Direction of South instead — the hard-frozen Antarctic ice cap as the epitomy of the wintery South. In which case, Fire would be associated with North, instead.
2   As the Energy of the planet changes though, physical forms are becoming lighter, less dense and more flexible. Changes that in the past would’ve taken centuries now occur within years! This is why some people are finding it so difficult to adjust, and cling vigorously to old patterns and beliefs — like racial hatred, sexism, concepts of economic growth, etc. — long after they've been proven wrong and/or harmful. Many people want to grasp onto something and not let it change. The Hopi prophecies for this era say that to survive these changes, we must relax into the flow of the river, let it carry us lightly, and let go of the banks. Trying to hold on and stay still is far harder, as well as futile.

The Earth Element represents everything that has taken physical form. Many things exist, on many different planes of existence. The spirit realm is one example: we all exist there between lives on Earth, and many spirits live there who've never taken on a physical body. The Earth realm, though, is where everything is made manifest — solid, physical, tangible. The Element of Earth is about stability. It's slow to make changes, slow to adapt. Think of the Earth's geological evolution, of the eons it has taken to change shape, move continents, create new species, etc. Even certain plants — trees, fungi — can live for millennia! The Earth Element holds the Power of durability of form — once created, things can be slow to change. 2 . . .   For the rest of this lesson, please join
A Year & A Day: 53 Weeks to Becoming a Wiccan... With Bright Blessings,

Back to the Silver Chalice E-zine:
Energy Field Barometer & Ask the Priestess

Return from The Earth Element to Silver Chalice E-Zine, December 2016