The Goddess Never-Not-Broken:
Symbols and Surprises 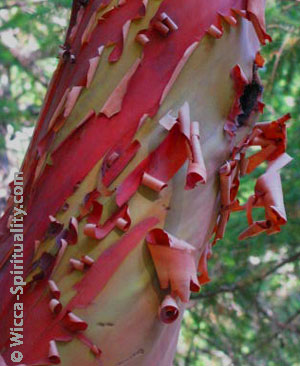 There is very little information on Akhilandeshvari, the Goddess Never-Not-Broken. She's the kind of Goddess most people prefer to avoid. We can't talk about Her influence on us during polite conversation, and you don't tell people you're on intimate terms with (if you are). We meet Her in our grief, in the aftermath of trauma and catastrophe — and our interactions are so personal, we rarely speak of them. So perhaps it's not surprising that there is not a lot of details available on this elusive Goddess. Recently, I've been spending a lot of time with Akhilandeshvari. Since I haven't been able to find out the facts from other sources, I've been forced to go to the original Source and ask Her about Herself. So I'd like to share with you what I have experienced in my work with Her — the insights She has graced me with.

Am I Qualified To Speak For the Goddess Never-Not-Broken?

And who am I to say? I'm not a recognised Indian saint, that's for sure! I have no certification or power hierarchy to back me up. When I was debating with myself over whether I have the "authority" to share these insights about Akhilandeshvari, my Earth Guru reminded me that that's where ALL information / mythology originated — from those mystics who connect with the Divinity, are changed, and then share what they experienced. So in that honourable tradition, I offer what Akhilandeshvari is to me, and you can decide for yourself how much you would like to accept.

To me, the Goddess Never-Not-Broken is the embodiment of everything we mortals try so hard to avoid and deny: lack of control, heartbreak, confusion, loss, powerlessness…. I think of her as the Goddess of trauma, grief, suffering, and the aftermath of disaster or even massive positive change. However, it's very important to realise that while She is the Goddess of these broken states, She is not the cause of them. She doesn't make us feel these unpleasant things. Neither is She a victim of them. Akhilandeshvari feels these states. She lives in these states. But they do not oppress Her. She uses trauma and pain as tools
— joyfully, purposefully —
to attain Her own liberation. And She teaches us that we can do the same.

Since I couldn't find anything about Akhilandeshvari's symbols, other than the Crocodile she rides upon, I ended up "catching" some symbolisms intuitively. I see Her symbols as… The Goddess Never-Not-Broken lives, I imagine, in the liminal zone, with one foot on the Earth and one in the Spirit Realm. This makes Akhilandeshvari the Matron Goddess of meditators and mystics, saints and sages, and holy hags — all those who follow Her example of constant dissolution of illusion and identity, and those who work toward egolessness. This is also the zone between life and death, which is why She so often visits us when our loved ones die or new children are born to us. When we participate in these transitions, we have entered Her domain. Small wonder Her power touches us then! I've asked Akhilandeshvari about these symbols that had suggested themselves to me intuitively, and She agrees that they are good symbols for Her. And I believe there is an unlikely confirmation of this fact….

Some Surprises She Gave Me

I think it substantiates these insights that not everything I placed before the Goddess Never-Not-Broken were accepted. A couple of symbols that I liked, She disputed. Wild Fires were one symbol that She turned down. My thought was that Wildfires are an unpredictable, overwhelming natural force that consumes everything in its path, yet ends up clearing the way for new, fresh life. I think She lives like a Wildfire: always reaching up, flowing and changing shape, consuming Herself. But Akhilandeshvari told me that She is more aligned with the fuel for the fire, than the Wildfires themselves. She sees this more as a force in Her life than who She is. Another symbol was the Cauldron of Transformation — this is a very Western concept, but I related to it a lot during my process of working with the Goddess Never-Not-Broken. Into this Cauldron is thrown the dead, and they come back to life. Into this Cauldron the living can crawl, and die, and be reborn as immortal. This is the power of spiritual transformation, and the death of the ego-self is necessary for that to happen. Akhilandeshvari agreed that it makes sense, but for some reason I didn't understand She wasn't really comfortable with it for Herself, so I don't include it as one of Her symbols.

Not The Goddess Of Breaking Us

Also, I had been thinking of Her as the instigator of the transformational process. I pictured Her grabbing me by the wrists and throwing me into the Cauldron. What I discovered in interacting with Her is very much the opposite. She is so much into her own process, She isn't concerned about anyone else's. She is the role model of what to do when the Wildfire of life strikes you. She offers us the opportunity to be as She is, do as She does. She will help us dissolve into reality / Divinity / egolessness if we ask Her to, but She doesn't impose. Life does that, or our own soul-contracts.

One thing that really surprised me about Akhilandeshvari is that She came across as very light-hearted. With a name like Never-Not-Broken, you might expect Her to be intense, somber, melancholy, or even morose. Far from it! For example, when I was asking Her questions, She was reluctant to answer with "I." She laughed lightly and gaily, to think of a "shadow" (Her "self") that dreamt it was separate and alive in its own right as an "I." She doesn't acknowledge Herself as having so much identity. This is perhaps the most radical aspect of Akhilandeshvari — that She is happy being broken. She experiences the anguish, the confusion, the instability, the fragility just as we do. She doesn't know who She is, from moment to moment. But instead of bemoaning it, she rejoices in it! She doesn't dwell on the discomfort, but revels in the resulting clarity and openness to Divine Presence. This is why She continuously reaches for Her own evanescence. Not because She masochistically enjoys suffering. She just enjoys being 100% Divine, with no ego-shadow to becloud this blissful, eternal Truth. How does being "broken" sound now?

Are You A Highly Sensitive Person / Energy Healer?

How to Dialogue with the Divine and Interpret Divine Guidance

Return from The Goddess Never-Not-Broken: Symbols and Surprises to Silver Chalice E-Zine