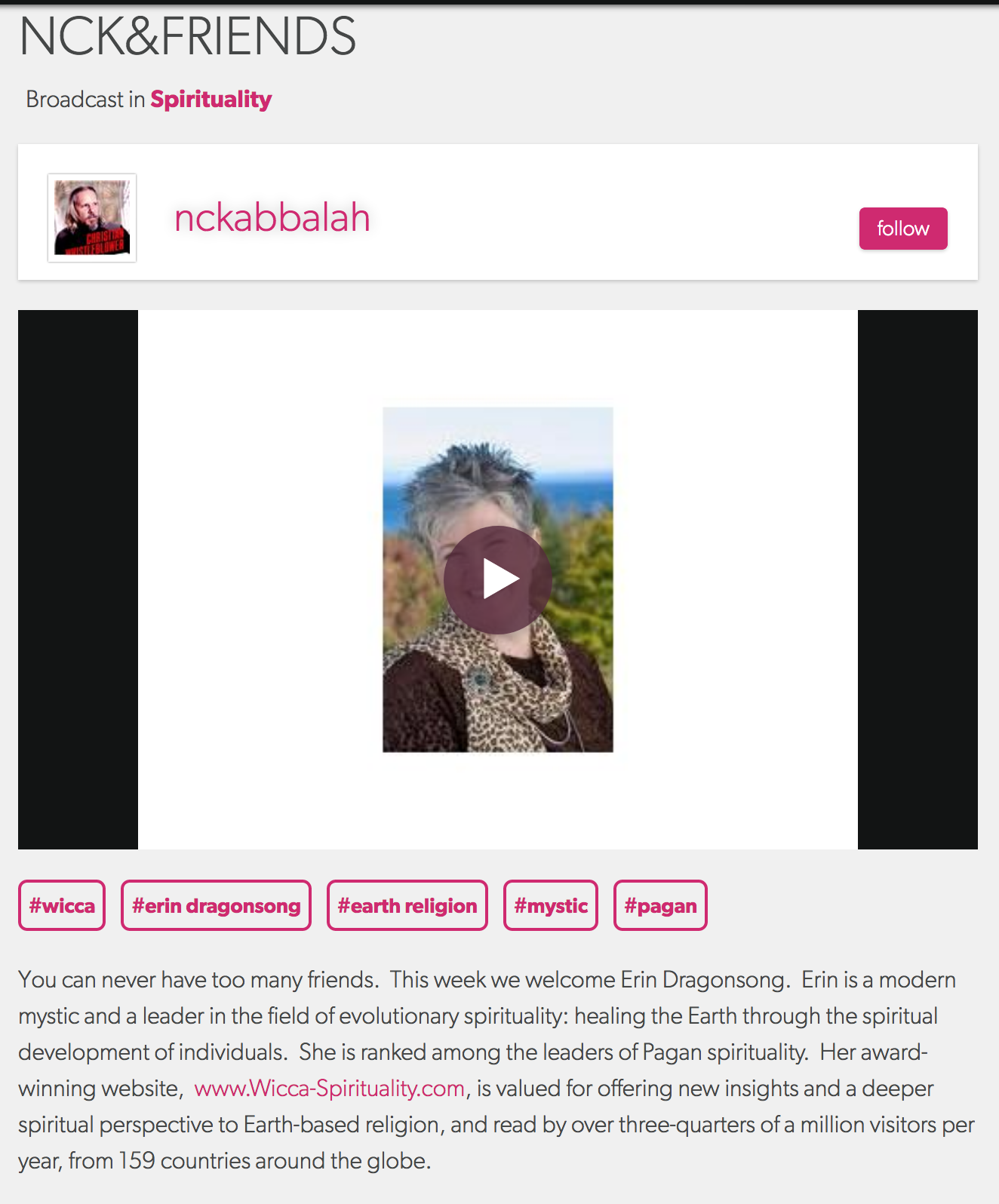 What Wicca and the Goddess Offer Us Today

erin Dragonsong (founder of Wicca Spirituality) was interviewed live on-air, with NCK & Friends on the "NCKabbalah radio show," discussing Wicca and the Goddess in the modern world.

This is a really fun interview! Even though it was quite a long time ago, it has a freshness to it... It's really less of an "interview" than it is a lively and fascinating back-and-forth discussion between two ex-Christians. 😄

In this broadcast, we discuss...

Here's the full audio replay of the show...
Click to Play:

I hope you enjoy listening to this wide-ranging discussion of some of the most topical issues for Wicca and the world today!

Let me just share this little bit with you, too.  This is something Jeff said that i wish everyone could really grasp with such clarity...

"I was preaching about the verse in the Bible, where Jesus said that he was in all ways tempted, as we are, yet without sin. And I stopped. And I thought to myself...

"Wait a second: if Jesus was, you know, just a man and if God in heaven is just male, then how in the world could he understand the temptations of a woman, or of a female?

"And at that moment (and this was probably, you know, akin to saying that I love the devil), I had said to myself, There's got to be a feminine part of God!

"It was an aha moment for me.  And it felt like it was, you know, 45 seconds; I'm sure it was only two or three seconds that I paused.

"But it just slammed into me to be such a "duh!" reality that there's no way that there cannot be some type of a feminine aspect of the Divine!"

The moment the world GETS this fundamental truth, that's the moment life on Earth pivots, permanently, towards the Spiritual Golden Age!